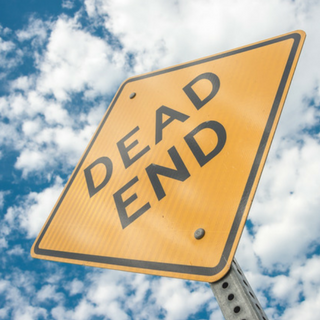 Many have felt this way and may feel there's no way out.

There are plenty of employees out there who see something they know is wrong, but decide not to report it.

When the question was posed to employees, 'would they report if they saw wrongdoing', 46% said no.

It's a valid fear fed by the headlines we see time and again, so it's no wonder employees fear speaking up.

They feel like they are under attack. People just don't want to tempt retaliation.

Using the Wells Fargo incident as an example, whose who did blow the whistle, were fired.  Those who participated in the crimes were also fired.

But what if the whistleblowing employees decided to not come forward? If they didn't come forward to report the fraud they knew was happening, under current legislation, they would have been held responsible for sitting on important information and being quiet.

The struggle is real!

But the fact of the matter is that most frauds, 42%, are discovered by whistleblowers.

Today we can look back on historical moments that could have seen much more tragic results, if it hadn't been for whistleblowers.

Today, we can look back on these past moments and praise those long-lost whistleblowers for bringing out the truth decades ago.

However, for many of today's higher profile whistleblowers, they don't see much praise coming their way. And if praise were to head in their direction, it's happened after retaliation and other unfortunate events affecting their lives has taken place first.

We're heading in the right direction, but there's still much improvement needing to take place  - we need to embrace whistleblowers and the effort and courage it took for them to become one.

Ask yourself this: would you come foward and speak-up about a serious fraud you knew was taking place?

If you didn't, what would happen?

The below video follows a few examples of whistleblowers and what could have happened if they did remain quiet.

Get in contact with us to learn more about how to implement an anonymous reporting system that allows your employees to safely speak-up.