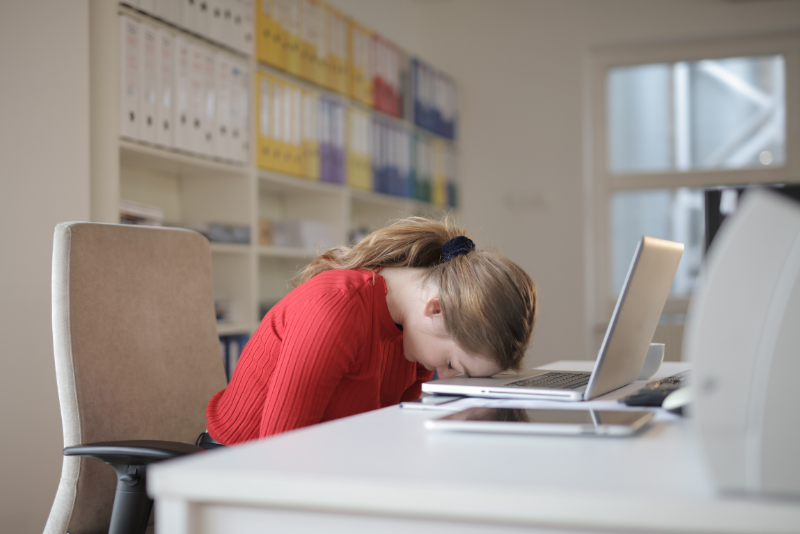 Move over Great Resignation. This latest trend may have employers a little worried about their company's culture, and more than a little motivated to do something about it. The reality is, the older generation is leaving the workplace and being replaced with a younger generation with a different set of principles, expectations, wants and needs. The latest reality check to many businesses is this concept of 'quietly quitting'. Originally coined at a Texas A&M economics symposium on diminishing

ambitions in Venezuela on September 17th 2009 by Economist Mark Boldger, it's now a term we see everywhere.

With the help of Tik Tok and other viral sites where information is shared in the blink of an eye, quiet quitting is something companies may want to worry about, or at least understand. We'll dive into this new trend, what it means, how it affect the company's culture, and how employers can fix it.

What is quiet quitting

Quiet quitting is not about actually quitting your job, despite the name. Rather it is the concept of only doing the work that is needed, during a set time - no more. Nothing extra. No overtime. No extra tasks during off-times. It's keeping within a strict set of boundaries and not venturing out of bounds. Work is not your life, which is where this behaviour is stemming from. And we, like most companies wholeheartedly agree. There is more to life than work. On paper this is true. But in reality, not many of us can say that we don't look at emails on the weekend, or we don't continue working after we're supposed to clock out. Or we don't take on extra tasks that technically aren't part of a job description. Most of us do this. Do we do this to seek recognition? No. But who doesn't like a little recognition? And this is where things have started to shift.

A BBC article wrote that since the pandemic hit, many younger workers started growing tired of not getting recognized or compensated for putting in extra hours. The promise of a pay raise never materialized. A reward for putting in extra hours never came to fruition. No more going above and beyond. The concept of giving power back to yourself started catching on as employees grew tired of burnout. A survey conducted in New Zealand showed that 85 percent of employees suffered tiredness, 63 percent felt anxious and 69 percent had difficulty concentrating. A striking finding was that one in four employees intended to change jobs in the next 12 months. Putting that into perspective, if a company has 35 employees, that means that around 8 positions will need to be filled within the year. This of course costs a company time, and money that can be better spent elsewhere.

Why companies should worry about quiet quitting

If you're thinking that this new trend is something that can be brushed off, you should probably think again. You may not like the term or the concept, but these are your employees trying to send a message and you need to listen. From the above study, those who were thinking of a leaving - 78 percent said they were looking for flexible work, 74 percent for career development, 74 percent for regular performance feedback, and 69 percent for wellbeing initiatives. This might be your opportunity to have an internal deep-dive into your existing culture and determine if there are any areas of improvement to be made, and how to avoid any long-term effects. You hired your employees for a reason. Don't you want to keep them?

Arianna Huffington stated that 'as “quiet quitters” defend their choice to take a step back from work, company executives and workplace experts argue that although doing less might feel good in the short-term, it could harm the company in the long run'. With worries of an economic slowdown swirling, productivity levels are a major concern to company executives.'

Conflict can also occur within the workspace as some employees may feel that their co-workers aren't pulling their weight. Those who don't subscribe to quiet quitting may start to resent the situation and their colleagues. Cultural friction will take place and workplace morale may dwindle. This will also reduce productivity levels.

Is quiet quitting about bad bosses, and not bad employees?

Sometimes it's not easy to find great talent. It's also not easy to maintain great talent. How management interacts with employees plays a big role in maintaining great employees. Data from a study showed that quiet quitting isn't necessarily about an employee's unwillingness to work harder and do more, but it's more about how managers build relationships with their employees where employees aren't counting down the minutes until it's time to head home. Or dreading Mondays!

In the above mentioned study, data was gathered on almost 3000 managers, rated by just over 13,000 direct reports. On average, each manager was rated by five direct reports. Two specific data points were compared:

It's not a surprise that for those managers who are able to balance results with relationships, they saw 62% of their direct reports willing to put in some extra effort, while only 3% were quietly quitting. What are the 5 key motivating factors in the workplace that will help keep your great employees around?

What about quiet firing?

Here's another term mingling at the same party as quiet quitting - quiet firing. Most leaders aren't out to persecute their employees or make their working lives miserable. But that doesn't mean that there aren't leaders out there who display less than fair behaviour towards their employees. This could have a direct impact on quiet quitting.

Outside of work, we are all prone to getting along with some people while avoiding others. They may not share similar beliefs, or interests as you. We tend to exclude them from our inner circle. Well, management are human too and this human trait can be brought into the workplace. In the human spirit, they may bless some employees with attention such as career-enhancing assignments, promotions, increase in salaries, bonuses, etc. Other employees may feel like they get left behind and get constantly criticized or ignored.

A cardinal sin according to employees is when managers play favourites. This difference of behaviour is not lost on your employees and those receiving the lesser treatment may have already been in the process of quietly quitting for some time. It is an old concept. We're just now putting a cute name to it and making it front page news. Thanks social media.

How to keep your employees motivated

You have a diverse group of employees. Of all ages. Back in the day, people may have made more money, but were still unhappy at their jobs. Yet they didn't leave their jobs. Staff turnover has increased over the years. You're less likely to find someone who is a lifer - those who don't look for new positions every 2-3 years. Every generation is more thoughtful than the previous generation. And here's what we mean by this.

Generation X (yours truly) was influenced by watching people who grew up in the 60's and 70's. We had no Internet. There was no data. Today's younger working generation has been influenced by watching people in the 80's, 90's and 2000's where instant data became plentiful. There became more options, more ideas, more sharing of ideas, and trends all catching on quicker. The Internet now influences how people react to new ideas and trends. Viral Tik Tok videos now influence how people want to live their lives. People are more thoughtful about what they want in life. They value different things than the previous generation.

It's up to employers and management to take the time to truly get to know each employee. What do they want from their job? What are their hobbies outside of work? What really makes them feel respected in their workplace - it's going to be different for many people. A few quick ways management can motivate their direct recruits is by:

Could quiet quitting also reflect quitting on life? It's true that there's more to life than work. However, we work much of the day, so does quiet quitting mean that those subscribing to it are only willing to go through the motions and accept the boredom that ensues? For many, work gives them a sense of purpose and meaning. As rejecting the hustle becomes widely accepted, shouldn't we still find joy in our jobs? Employers should be doing what they can to make it happen. What is one of the best ways to help build a strong company culture? Trust. One of the most fundamentally important human characteristics.

Data is constantly being collected to find out how leaders can build a better company culture. One behaviour that always stands out is trust. It's one of those elements that allows us all to live and work together. It's the glue that keeps your workplace together. When employees trust their leaders, they also assume the manager cares about them and is concerned about their wellbeing.

A Forbes article lists the following as important building blocks for trust:

All of these qualities contribute to the degree of trust people have for each other. By building a trusting relationship with all of your direct reports, the possibility of them quietly quitting dissipates significantly.

Your employees are the key to your workplace success. If they are not enjoying their work, everyone may suffer in the long-run. Providing them with your time and energy, sincerely and honestly, can help build a more favourable workplace culture. But sometimes things happen and employees may not feel comfortable speaking-up about any perceived unfairness or treatment. Speak-up helplines offer anonymous avenues for employees to quickly speak-up about any type of wrongdoing they see. They also provide an avenue for sharing information and ideas that can be useful in helping to build a better workplace and company. Contact us to learn more.