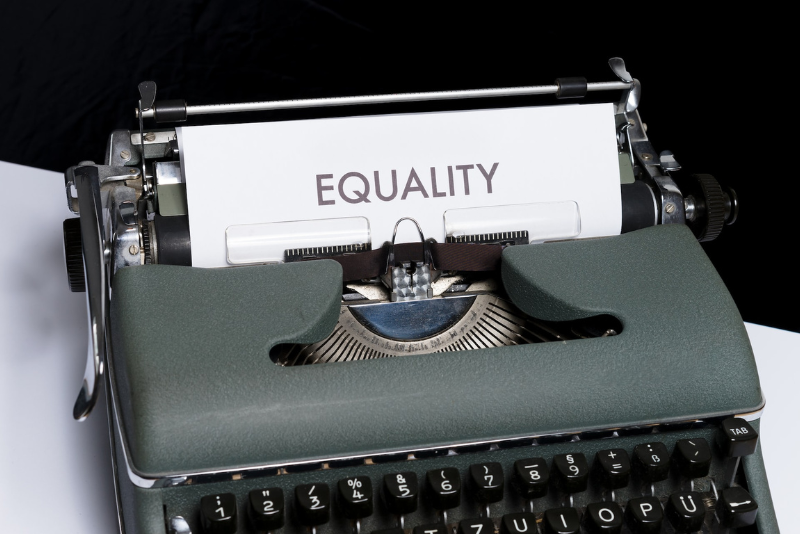 Do men get the same level of scrutiny as women?

There are 7.8 billion inhabitants on Earth and women are the majority. Yet each day brings a new fight, big or small, to the daily agenda.

Women have always had to fight a little bit harder than their male counterparts to achieve equality when it comes to wages, perceptions, advantages, opportunities, etc. We've been fighting this fight for hundreds of years. But the recent ousting of one of the most recognized faces in

Canadian television due to the colour of her hair, lit a renewed fire under those who continue to fight for women's equality and empowerment. Let's discuss briefly what happened, how equality differs between men and women, and how businesses can do something about it.

The decision that broke the Internet

On June 29th, Bell Media made a 'business decision' to abruptly cut ties with Lisa LaFlamme, a 35-year anchor at CTV.  This news came as a complete shock to the twitter verse who erupted at volcanic levels to display their utter shock and anger at this ludicrous and unceremonious departure of one of Canada's most recognized and respected news anchors. Ageism is one aspect of blame for the departure because LaFlamme decided to go naturally grey during the pandemic. Other reasons cite sexism and workplace differences. Whatever the reason or reasons, it's not looking good for Bell Media and its vice president.

What's most recently been reported is the executive at the centre of this firing, Michael Melling, is alleged to have been interfering with the news coverage at different levels and LaFlamme pushed back, citing differing views and ideas on how programming support should work. It's noted that this executive does not take kindly to women pushing back so his solution to women standing their ground is to either shuffle them off to different roles, or in LaFlamme's case, cut ties.

News of female leadership being treated unfairly this week hasn't stopped there. Recently, Finnish Prime Minister, Sanna Marin had to publicly apologize for dancing with friends at a private party held in her official residence. And if that wasn't enough, she recently, and voluntarily, took a drug test, which came back negative, to prove she is not taking drugs, and dancing with friends is not a symptom of taking drugs.

Women feel like they take two steps forward, and three steps back

Harassment of women in the workplace continues to see an ongoing pattern of occurrences. Women around the world are disproportionately affected by gender-based inequality, harassment, assault and violence while at their place of work. A Canadian workplace public consultation recently found that harassment was the most common type of behaviour experienced by respondents, 60% reported having experienced it. While 30% of respondents said they had experienced sexual harassment.

Recent statistics posted by TeamStage indicate that 47.7% of the global workforce is made up of women:

The importance of gender equality

According to an article in Forbes, a country’s gender gap could affect its power and influence on the rest of the world. The article cites that "businesses and nonprofits that actively support gender equality tend to make better business decisions —and ultimately make more money. Research shows that inclusive teams make better business decisions up to 87% of the time, and that teams with less diversity are more likely to make poor choices for their companies."

Gender equality ensures that people of all genders have equal rights, equal responsibilities, and equal opportunities. Gender equality in the workplace creates an environment that offers equal pay for equal work to employees regardless of their gender - this is one way to start to incorporate gender equality in your place of work.

Companies can close the gender gap by making equality a strategic objective, just like any other business goal. But it goes beyond that. It's more than making equality a business goal. It's about the right way to treat people as humans. Leaders need to create a culture that encourages safe communication so topics like inequality, diversity, and other discrimination can be discussed openly.

Do your employees feel safe speaking up about discrimination?

Everyone deserves the power to speak-up. But the #1 reason for remaining silent is fear of retaliation. But if we want our businesses to step into the 21st century (some are still lagging), it's critical that they get things right. Employees need to be able to speak-up when they see their co-workers being harassed, or not treated fairly.

Many businesses direct their focus to performance and profits so it's natural that the more "human side of things" might get inadvertently shuffled aside. The focus on promoting and fostering diversity, equity, and inclusion in the workplace just may not be top of mind. This type of oversight could be impacting your business profits and success more than you may realize. Business perform better and with more diverse teams and see better results.

Creating a DEI-friendly space is just half the battle. You also need to have a way for your employees to raise concerns or report unethical behaviour in the workplace, and for your HR team to address any complaints professionally. The best way to do this is by implementing a whistleblower hotline.

Here we are, half way through 2022 and women are still fighting for their right to go gracefully grey and have a dance party with friends. We've been fighting for equal rights since 1848 when the Seneca Falls Woman's Rights Convention marked the beginning of the women's rights movement [in the United States].

Women get judged on the way they dress or the way they speak, and what they do in their personal lives. Women in Canada have had to step down from nominations due to online photos in their underwear. But we see men in leadership do many questionable things and get celebrated for it.

When former Olympic medalist, and current Canadian MP Adam van Koeverden posed topless for a magazine, feedback was very positive about the way he looked. Male politicians will spend time playing golf with their friends and the comments would likely be how is his birdie. But a female politician danced one evening with friends and she gets slammed by the Internet because she was being inappropriate. These men and women are not hurting anybody but reaction to them is completely different.

Change does not happen unless everyone speaks-up. Like Wendy's who recently made their mascot go grey in support of Lisa Laflamme. Sports Illustrated has also joined forces with 'greying brands' to keep the conversation alive. And when organizations treat every employee fairly and promote open and inclusive conversation without fear of retaliation, employees thrive, the business thrives.

A speak-up workplace culture is one that is a healthy, supportive environment, where team members feel free to bring ideas to the table, share opinions and concerns without retaliation or penalty.

Many organizations use a whistleblower hotline as a confidential channel for employees to voice concerns without fear of reprisal. Employees will call a hotline or fill out an online form to report wrongdoing, discrimination or violence in the workplace, and they can do it anonymously. The system then notifies the appropriate senior-level managers so they can investigate the claims immediately. An anonymous hotline lets employees know that the company not only cares about having a diverse and inclusive environment, but they also take discrimination against other employees seriously

As business owners or leaders, it’s your responsibility to ensure that all employees are given equal opportunities, regardless of their race, religion, marital status, sexual orientation or physical health, and are provided with the opportunity to voice concerns safely.