How to Handle Inappropriate Whistleblower Reports

by Amanda Nieweler
A whistleblower report came in about what?!? You've implemented a whistleblower third-party ethics reporting system. You know that whistleblower tips are the #1 method of detecting fraud and abuse. Your employees are a valuable source of information on the inner workings of the company, and you've worked hard to ensure they feel comfortable coming forward to file a report in your system. Things are running swiftly along. You're receiving legitimate anonymous reports and because of them, policies and processes are being improved, making the company more successful.

by Amanda Nieweler
Survey: We Need Advice! In a recent survey by Public Concern at Work (PCaW), it was clear that many workers in the UK lack knowledge of, or faith in, their organization's whistleblower program. As well, many people who called in for advice felt that whistleblowers were victimized or were unsatisfied with how their concerns were handled. Compared to the same period last year, PCaW received 13% more calls to their advice line. The month of April alone saw 61% more calls concerning public interest issues. 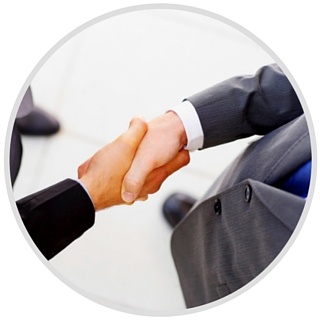 by Amanda Nieweler
If the last few weeks isn't proof the world needs whistleblowers, then who knows what is! The most privileged and powerful in the world operate with a different set of rules. This is what Edward Snowden told more than 2700 people at a recent Vancouver event. Calling in from exile on a panel organized by Simon Fraser University, the topic of examining the opportunities and dangers of online data gathering was up for discussion. Days before the leak of the Panama Papers quickly spread through social media, we were learning of the world's biggest bribe scandal involving Unaoil.

Struggling to See the Benefits of an Ethics Reporting System?

by Amanda Nieweler
Let's break down the barriers between you and your ethics reporting system The importance of ethics continues to be spotlighted with the daily news headline coverage of our most cherished brands and their leaders. Most organizations don't plan to wake up one morning hoping to find themselves suddenly exposed to an unexpected liability or unwelcome scrutiny. But this vulnerability is more significant with the increase in occupational fraud stimulated by a tough economy, and pressure to succeed. Resources are stretched and revenues are shrinking – the losses from abuse and fraud are just too great to ignore. Now more than ever, it’s important to mitigate risk. All organizations, from publicly traded companies, to non-profit groups face many challenges maintaining proper controls. One of the simplest and most cost effective ways to accomplish this is by implementing an anonymous, third-party hotline.

Canadians' Ethical Perception of Their Leaders

by Amanda Nieweler
The polls are open and Canada is voting. Will ethics play a role? So what better time to point out some survey findings on just how ethical Canadians think their leaders are. Turns out, Canadians are not very satisfied with the ethical behaviour of their political leaders. The Jim Pattison Ethical Leadership Program, at Ryerson University's Ted Rogers School of Management, has some data from a national survey (here) and Canadians are kind of disappointed. Country leaders play an important role in their position - to achieve genuine happiness of their people. A leader must not only be educated and experienced, but must also be compassionate and sensitive to the problems faced by their people. Leaders must also allow a degree of transparency into the day-to-day workings and governance of their country. Well the polls are open today and Canadians are taking into account, among other things, who they feel could best lead our country. And what doesn't help is the fact that we don't think our leaders are very ethical. 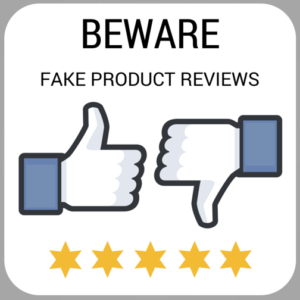 by Amanda Nieweler
His suspicions were justified Most of us read consumer reviews, right? Amazon, eBay, Apple iTunes Store, Google Play Store, etc. According to an annual survey put on by BrightLocal, 88% of consumers trust online reviews. And 85% of consumers read up to 10 reviews before committing to a product or business. High numbers. No wonder Bell Canada took the bull by the horns and encouraged employees to post 'glowing' reviews about it's two phone apps. Around this time last year, Bell Canada launched a new version of a phone app and immediately the response online was electric. The app quickly amassed glowing, five-star reviews on Apple's iTunes App Store. Reviewers often remain anonymous, and because of this the legitimacy of many online reviews is becoming a growing concern in the digital world. If you really take a good hard look at any review, you'll see inconsistencies in spelling, grammar, etc. Well one bright whistleblower noticed something different about these particular reviews - they were too perfect.