by Stephanie Mau
American Liar Recently, two former Army officers conducted a study into the level of compliance in the American Army in keeping up with their mandatory training, requests for information, and compulsory paperwork.  What did they find? Basically, the Army lies. A lot. Leonard Wong and Stephen J. Gerras interviewed Army officers from different locations, collecting their anecdotes on the various ways that the Army creatively (and not so creatively) avoided compliance with regulations and requirements—resulting in the 53-page report, “Lying to Ourselves: Dishonesty in the Army Profession.” In their conclusion, the two researchers attributed this worrying phenomenon to the ever-increasing amount of training requirements, mandatory forms, and administrative complexities involved in the military—on top of all the other pre-existing duties that they already have. As they say in the report, “[the Army] is excessively permissive in allowing the creation of new requirements, but it is also amazingly reluctant to discard old demands.” Dishonesty for the Greater Good? So what kind of things did the Army lie about? Here is a brief but eye-opening list of examples, as reported by Army Times: A captain described how his unit complied with quarterly Sexual Assault Prevention and Response Program requirements: "We needed to get SHARP training done and reported to higher headquarters, so we called the platoons and told them to gather the boys around the radio and we said, 'Don't touch girls.'" A nine-man squad pressed for time to complete a mandatory online course "would pick the smartest dude, and he would go in and take it nine times for the other members ... and then that way they had a certificate to prove that they had completed it." Enemy contacts in Afghanistan and Iraq would go unreported because they required a PowerPoint description after the fact, something some officers felt "was useless ... they didn't want to go through the hassle." A captain recalled lying on a traumatic brain injury report — increasing the distance between a valued junior officer and an explosion — to avoid the possibility of a required medical evacuation. "If I do that," the captain said of the evac, "I'm going to put my boys in bags because they don't have any leadership. That ain't happening." The officers that the researchers interviewed explained away such callous behaviour as being dishonesty for the greater good, and claimed that the intentional errors they made were either no big deal or merely done to keep up in competition with other units. While some of the wrongdoing may have been relatively inconsequential, other acts of wrongdoing involved falsifying medical reports and “mandatory counseling sessions” that never actually happened. In such drastic cases of noncompliance, the corner-cutting and fraudulence perpetuated by the Army could have resulted in actual people getting hurt. Pretty sure that's not a entry in their Code of Conduct! Wong and Gerras’s report concludes by placing the responsibility on the leaders in the military, saying that dishonest leadership creates “a corrosive ethical culture that few acknowledge and even fewer discuss or work to correct.” Such a statement rings true not only in such a formidable institution as the U.S. Army, but also in workplaces just like yours. What leaders do reflects the creation of the company culture within an organization. Creating a healthy culture of ethics and compliance in your workplace starts at the top.   Source: http://www.armytimes.com/story/military/careers/army/2015/02/19/-army-lying-distrust-ethics/23678429/

10 Ways to Ensure Your Compliance Program Doesn't Buckle Under Pressure

by Amanda Nieweler
How Strong Is Your Compliance Program? Will It Buckle Under FCPA Pressure? There's no one-size-fits-all compliance program. Depending on a variety of factors such as size, type of business, industry and risk profile, an organization should determine what is appropriate for its own needs regarding FCPA compliance program best practices. The following are 10 tips meant to provide insight into what the SEC looks for in a compliance program.

by Amanda Nieweler
How would Canadian organizations handle the possible impact on their internal compliance programs?

by Amanda Nieweler
How Would Canadian Organizations Handle the Possible Impact on Their Internal Compliance Programs? Canada's largest capital markets regulator, the Ontario Securities Commission, is proposing an incentive-backed whistleblower program that could see whistleblower financial rewards of up to $1.5 million, for financial crimes. 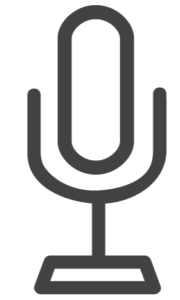 When Can Employees Be Fired Over Their Private Life?

by Amanda Nieweler
What Happens in Vegas... Well You Know the Rest So, does what happens behind closed doors stay behind closed doors? That depends. The news headlines have been splattered with the events around Jian Ghomeshi and the allegations of violent abuse against women.

by Amanda Nieweler
One Fraud... Two Fraud... Three Fraud... No organization wants to wake up to find themselves suddenly the center of unexpected liability or unwelcome scrutiny due to fraud. Fraud costs organizations more if it's ignored, and no matter what you think, your organization is not immune from it. The ACFE's Report to the Nations on Occupational Fraud and Abuse states that the median loss caused by fraud was $145,000 - if you're a small business, that could spell disaster. 22% of the cases in the study reported fraud loss of at least $1 million.