Stop staring... and other anti-harassment rules 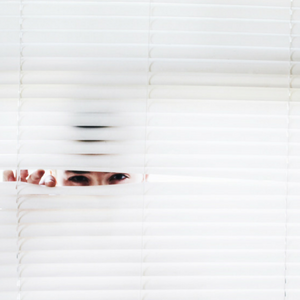 I'm not even sure how to start this post, because it seems very random.

So let's just dive in and see where we go.

#metoo is a voice for many sexual assault victims to break their silence about their own personal experiences.

Many companies are updating their anti-harassment policies, putting procedures in place, and training management and staff on how to prevent harassment, and what to do if something has happened.

It's not easy to come forward and say 'I was a victim of sexual assault'. It's a serious crime that truly traumatizes the victim and should never be taken lightly.

But the policies that one company has put into place have people wondering if it's some kind of joke. The thing is, harassment of any sort is no joke.

Well, we'll let you be the judge on this one.

Netflix has put into place some rather 'interesting' rules around harassment that has sparked jokes with many inside, and outside of the company.

Film crews are banned from staring at each other for more than 5 seconds.

Looking at someone for more than 5 seconds is considered creepy.

And this is where hilarity has erupted with staff.

They'll play 'let's stare at each other and count to 5, then look away...'

Others that have a tendency to day dream, and stare off into space (or the direction of a co-worker) may find themselves accused of harassment.

Other rules put into place by the company:

Don't ask out a colleague more than once if they have said no.

Steer clear of a colleague once they have said they are not interested in you (best of luck in the lunch room, bathroom, staff meeting...)

Don't ask for a colleague's phone number unless they have given permission for it to be distributed.

Who's distributing phone numbers anyway? Colleagues just want to be able to text each other what time to meet up after work for a drink.

Harassment should not be taken lightly, and companies do need to put rules and regulations into place. But they certainly need to be reasonable.

And they definitely can't discriminate, as with our day dreamer colleague mentioned above.

If companies put well intentioned anti-harassment policies in place that backfire and result in unfortunate outcomes, it might be time for a quick edit.

The problem with rules mentioned above is that, although they are meant to be taken seriously - because the anti-harassment movement is serious, and protecting all employees is important - the initial reaction is to joke and make light of it.

Which is kind of what the whole 'anti' movement is trying to prevent.

Calling an innocent six-second glance ‘harassment’ trivializes the very real struggles of those who are actually harassed.

If your company needs a hand at building out policies and procedures that are meaningful to employees, and don't result in joking around, we can help!