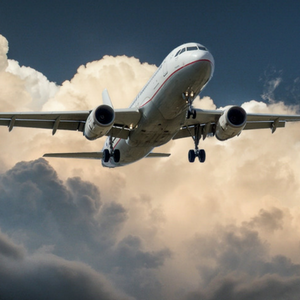 You're buckled in your seat and your flight has just taken off.

Suddenly there's the smell of smoke.

The pilot makes an emergency landing and wants all passengers to evacuate the plane.

That pilot was then fired for his actions.

That pilot is Jason Kinzer, and when he made the decision to bring his plane back for an emergency landing, and evacuate all the passengers, he was let go from Allegiant Air.

Other pilots are coming to the defense of the fired pilot stating that they support his decision to evacuate the plane. They would do the same. But maybe that's only in theory until put to an unfortunate test.

And the likely culprit for that is a toxic company culture.

By all accounts, it appears from the outside like the company is fostering a culture of fear of speaking out. But of course any truth to that outcome is ultimately left to the jury to decide.

Many believe that the dismissal was a warning by the airline to its pilots, who at the time were engaged through their union in bitter contract negotiations with Allegiant.

A pilots' union leader's opinion is that the terminated pilot was let go to "quell the pilot group into silence, and to keep pilots from reporting safety events and emergencies."

If that is indeed the message being promoted at the company, then it's definitely dangerous to the safety of the public because pilots, who may end up in a position of needing to make potentially life threatening decisions like this, may hesitate.

And when you're handling hundreds of thousands of pounds of airborne metal with humans stuffed inside, precious seconds deciding on what to do could spell disaster!

When a pilot's first thought is "if I (fill in the blank), I'm going to get called in for another meeting, or get terminated", it's a little shocking to say the least. Thoughts like that eat up precious time and runway allowance!

When a company culture forces this type of message to its employees, employees are going to hesitate about coming forward to report their concerns.

And if that company has the responsibility to keep the public safe, that type of message is dangerous to the public safety because it puts pilots in a position where they don't report safety or mechanical issues out of fear of losing their jobs.

Please tell me I'm not the only one, while reading more about this story, to think of some of the funny scenes of the 'satirical disaster' Airplane movie franchise.

Elaine Dickinson: Ladies and gentlemen, this is your stewardess speaking... We regret any inconvenience the sudden cabin movement might have caused, this is due to periodic air pockets we encountered, there's no reason to become alarmed, and we hope you enjoy the rest of your flight... By the way, is there anyone on board who knows how to fly a plane?
[all hell breaks loose in the cabin]

In all seriousness though, really it's a classic case of why employees don't report on unethical events, or other safety situations, depending on their particular employment industry.

It's why corporate scandals happen in the first place.

When someone working in the finance sector hesitates to come forward to report a concern, whatever fraud is happening, continues to happen until such time it becomes known.

When a pilot uses precious seconds hesitating to abort a landing - because he's worried about being fired and the wrath of his management - I don't even want to think about the consequences.

Quite frankly I'd rather come out alive because a pilot used his training, and good old pilot gut instinct to do what he/she thought was right.

I can barely figure out how to set my alarm on my cell phone. I can't imagine the skill, and stress of operating an airplane.

There's something to be said for having a speak up culture.

Airline (or Airport?) Code of Ethics and Policies When Your Items Go Missing
by Amanda Nieweler