Kill The Office Of Congressional Ethics? 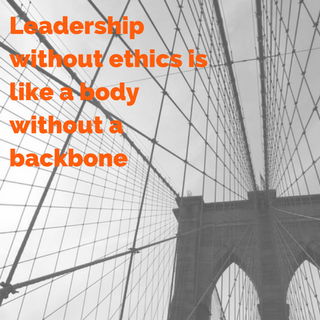 Republicans won't kill the Office of Congressional Ethics... well not yet anyway

A day doesn't go by without at least one seemingly controversial tweet from the President-elect.

A recent Tweet had Twitter all aflutter, questioning Trump's prioritization, or intent to kill, the Office of Congressional Ethics (OCE).

With all that Congress has to work on, do they really have to make the weakening of the Independent Ethics Watchdog, as unfair as it

........may be, their number one act and priority. Focus on tax reform, healthcare and so many other things of far greater importance! #DTS

The Office of Congressional Ethics was established in 2008 after three members of Congress were sentenced to prison on bribery charges. It's the first ever independent body overseeing the ethics of the House of Representatives.

Operating as an independent, non-partisan entity, it is charged with reviewing allegations of misconduct against Members, officers, and staff of the United States House of Representatives.

The race to reverse policies and procedures brought about by the Obama administration has begun behind closed doors, and in secret meetings.

In what's likely a small taste of what's to come, one such meeting was aimed at ending the OCE.

But President-elect Trump had put a supposed stop to that. At least temporarily. And that was the point where ensuing confusion flooded Twitter and other social media.

Many scratched their heads over the President-elect's use of wording in his Tweet while describing a Congressional vote to kill the OCE...

...  prioritize what needs to be done first and kill it later, or don't kill it at all?

“Evidently, ethics are the first casualty of the new Republican Congress.”

Gutting this ethics entity by the President-elect would be a questionable move. Many are having flashbacks of the Trump-Megyn Kelly feud and the allegations of harassment that took place.

For a [then potential] head of the US government to openly speak in such a manner that would have many employees turning their heads in shock should their Commander in Chief speak the same way, then aim to [possibly] kill the OCE, slaps 'tone from the top' in its face.

And what it could do is set the pace for victims to increasingly become 'the story', instead of a company culture being 'the story'.

The OCE was created for the purpose of increasing accountability and transparency.

So what if it did have it's life altered in some way? If it did get the boot, what kind of example would this bring to existing and future leaders and their willingness to create ethical, accountable, and transparent organizations?

What would an action like this do to those on the receiving end of misconduct when the ultimate 'tone at the top' is a seemingly jumbled mess?

Well rest easy. At least for now anyway. Public outcry has put a stop to ending the ethics committee. A plethora of Tweets, phone calls, and slapping palms to foreheads seems to have been the reason the plan was abandoned.

So under fire, the Republicans have backed down on ending the ethics committee.