And Other Uncool Actions!

Okay those words may be a little extreme, but unless you're five, being one of these 'characters' can have serious consequences in the workplace.

Giving voice to any type of workplace bullying or harassment, or participating in it (even though you didn't initiate it) can negatively damage employees, customers, suppliers, and the business. Not to mention it's just not ethically cool!

Workplace bullying and harassment comes in so many different forms and can often leave the targets feeling alone, alienated, and vulnerable:

Race, religion, sex, national origin, political beliefs, discrimination, verbal abuse, ostracism, pushing/shoving, taking someone else's work and making it yours... the list goes on. It's negative voice and actions aimed someone else. 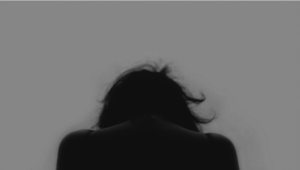 It's unreasonable to expect that anyone in management can put a complete stop to controversial workplace conversations and actions. However companies can have the tools in place to handle these issues when they do happen.

Most employers are anxious when faced with abuse, discrimination or harassment complaints. And with good reason. Complaints like these can lead to workplace tension, government investigations, and even costly legal battles. If the complaint is mishandled, even unintentionally, an employer may unwittingly put itself out of business. Small businesses can face costly legal consequences, more than they can handle. Just like occupational fraud can have a devastating aftermath, bullying or harassment can also send a small business packing!

However the same rule applies to these types of complaints as they do with any other. If you take the complaint seriously and follow a careful strategy for dealing with it, you can reduce the likelihood of a lawsuit and even improve employee relations in the process.

Many employers have a hard time believing that discrimination or harassment could possibly happen in their company. As a result, they often fail to investigate complaints.

But these complaints should be treated like any other.

Never retaliate against someone who's come forward to report on wrongdoing. It is against the law to punish someone for complaining about discrimination or harassment. Some forms of retaliation could be termination, discipline, demotion, or pay cuts.

Follow the procedures you've outlined in your policies relating to the company's expectations on discrimination and harassment. These rules apply to every single stakeholder in the company.

Allow the reporter to remain anonymous. If the complaint is known and winding its way throughout the organization, employees may likely side with either the complaining employee or the accused employee... enter the gossip mongers. If too many details about the complaint are leaked, the reputation of the alleged victim or alleged harasser could be damaged.

Take appropriate action. Investigations may uncover larger problems that should be addressed. Perhaps there was confusion or uncertainty about a specific policy or section in the Code. Maybe there's a manager who might need additional guidance about handling certain workplace behaviours. When the investigation of the incident is over and a resolution has been reached, the original reporter needs to know that the investigation is complete. Of course there's a measure of decorum that should remain in place. Under no circumstances should any private or confidential information be divulged that could breach the organization's confidentiality.

Do your due diligence and protect your stakeholders and your company.