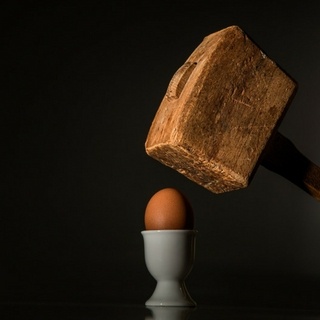 Harassment in the workplace, blackmail, and psychological manipulation

Let's address the elephant in the office.

The turmoil at Fox News has made for one heck of a story.

It's a story we see time and time again involving employees and the big corporate monster. WorldCom, Enron to name a couple.

In an interview with Anderson Cooper, Megyn Kelly lays out the problem many employees see today. That being the fear of coming forward to report concerns and violations:

"... this is a real problem in many companies and I want people be put on notice. I'm hoping CEOs will hear this message and say, you know what, maybe I have set this problem on my own company and I've got to provide a safe off-ramp for women who feel too scared to report. They don't always feel comfortable going to the general counsel or to HR...

You've got to have somebody, I would say, outside of the company who doesn't depend on the CEO for his or her paycheque, to whom the women, and it can happen to men too, can go report.

And at Fox news, it's very true that Roger Ailes was very much a king of sorts... he had founded the company, he had co-founded the company, and he had loyalists placed throughout the company and he demanded loyalty. That is the culture that Roger demanded. That that should be placed above all other things. And I would submit that is part of what created the problem we had for some time there. And I'm very happy that now that's been addressed and the actual owners of the company, as soon as it came to their attention, they got rid of him, and have created a new situation over there where they've made very clear they want people to be safe and feel safe..."

The psychological aspect comes into play for many employees when they do attempt to speak up, and their accuser is defended. For Kelly, Ailes "was a good man. He's probably just smitten. There was a voucher for his character."

The employee knows the behaviour is wrong, yet their harasser is being defended.

Employees feel they have no power in a culture where speaking up results in the accused being defended. For Kelly, because she was new to the company at the time of her harassment, she felt she 'had no power, and he was on the cover of industry magazines as the most powerful man in news."

When a company has been given a black eye by what its culture of secrecy enabled, heal it by lifting the veil of secrecy. The fact that Fox News’s owners are backing Kelly up in talking about it is a sign to the public that they won’t tolerate this behavior going forward.

Not only do we support companies like Fox News and the action they take towards ethical violations, we help make good companies even better by providing tools for employees to come forward. Talk to us about it!